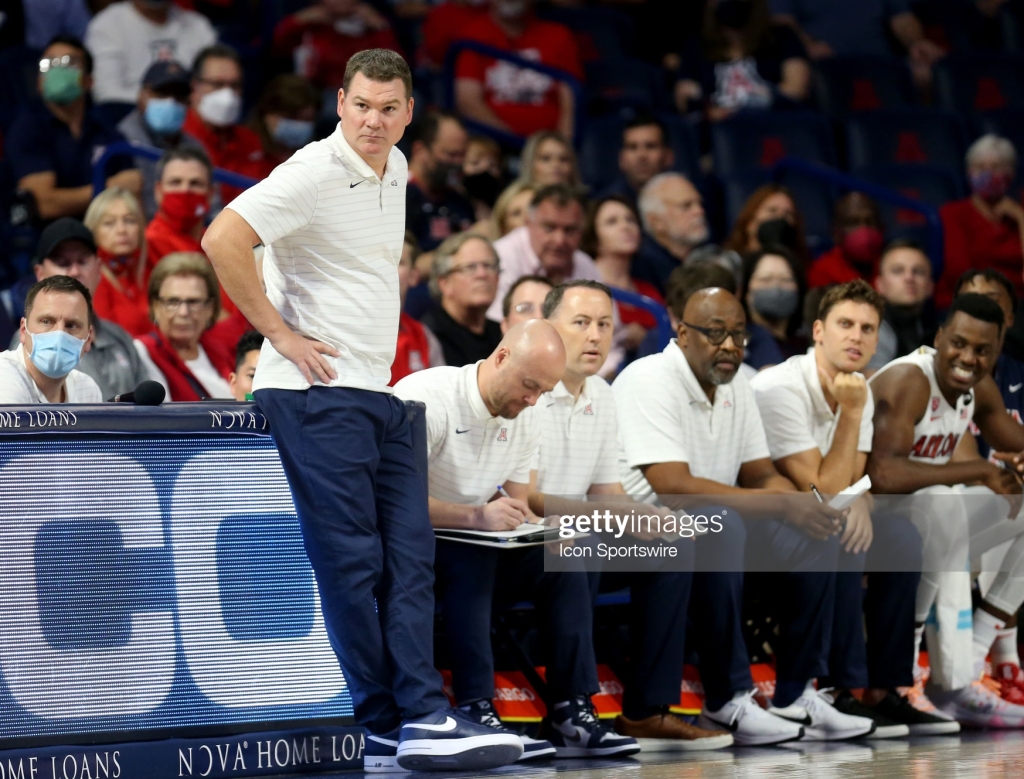 Tommy Lloyd has wasted no time in showing his style of play. If you are the opposing team you need to be well-conditioned that is a fact. This team will run you out of the gym if you aren’t ready. They are 3-0, which is expected for any Arizona team, but they have won two straight games by 50+ points. Arizona hasn’t won back-to-back games by 50+ since 2020. We’ll get a much better idea of the identity of this team when they play Wichita State Friday night. The last matchup vs. Wichita State didn’t go as planned. Luckily for Lloyd and the Wildcats, this one isn’t as critical as the 2016 loss to Wichita State. That’s not to say this game isn’t important because it is very important for Lloyd and the Wildcats to see where they stand against better competition.

Tommy Lloyd was the recipient of a pretty good roster already. He’s got some future NBA players with Azuolas Tubelis, Benedict Mathurin, and Christian Koloko if he continues his current dominance. Although it’s way too early, the Wildcats have 5 players averaging double figures in scoring. Then, you have Dalen Terry, averaging 5 PPG, 5 APG, 5 RPG. The man does it all and has characteristics you can’t teach, like his high motor and high character. Now, we have to sit back and wait for the NCAA to make an ‘official’ announcement on the FBI report, which is still a fabricated story. As of right now, we are post-season eligible.

A new rule in the NCAA this year was the transfers being immediately eligible to play. Lloyd took full advantage of that. He added Oumar Ballo (Gonzaga), Pelle Larson (Utah), Kim Aiken Jr. (Eastern Washington), and Justin Kier (Georgia). After three games Lloyd has started the 5 guys that were all a part of the team last year and he has the transfers coming off the bench and it has worked out perfectly. The early chemistry for Lloyd and the Wildcats has been superb, however, they have not faced a ton of adversity yet.

iThere are no comments

Begin typing your search above and press return to search. Press Esc to cancel.